“We are…your daughters, your sisters, your sons, your nurses, your mechanics, your athletes, your police, your politicians, your fathers, your doctors, your soldiers, your mother’s.

We live with you, care for you, help you, protect you, teach you, love you and need you.  All we ask is that you let us”

Colonel Margarethe Cammermeyer is a highly decorated nurse who has served in the Army, Army Reserve and National Guard. She has received numerous awards and distinctions, including the Bronze Star for distinguished service in Vietnam, and has held the position of Chief Nurse at a number of military hospitals. 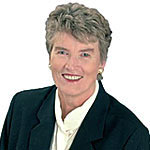 While seeking admission to the Army War College, Cammermeyer was interviewed by the Defense Investigative Service in order to obtain a Top Secret security clearance. During the interview, she was asked about her sexual orientation. In a statement signed during the interview, she wrote, “I am a Lesbian. Lesbianism is an orientation I have, emotional in nature, towards women. It does not imply sexual activity.”

After her military case became public as she challenged the military’s anti-gay policy, life changed. It followed with Serving in Silence, her autobiography, which was written with Chris Fisher in 1994, and suddenly there was a huge extended family. When Glenn Close became Colonel Cammermeyer in the movie Serving in Silence, produced by Barbra Streisand, Glenn Close, Craig Zadan, Neil Meron, Cis Corman, suddenly she became a movie star and hero. With this came responsibilities she had never anticipated.

One of the responsibilities was to continue to speak out on behalf of the gay and lesbian service members who now serve in the military under an unjust Don’t Ask, Don’t Tell law. Another responsibility was the need to continue to challenge the anti-gay rhetoric in society, the ignorance, and the notion that, somehow, as gay and lesbian people we should be judged by another’s God. For more information please visit cammermeyer.com

There are no reviews yet.

Be the first to review ““Who Are We?”” Cancel reply

Spend $50 and get Free Shipping! Dismiss